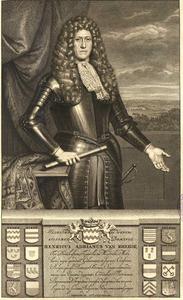 Hendrik Adriaan van Rheede tot Drakenstein (Amsterdam, 13 April 1636 – at sea, 15 December 1691) was a military man and a colonial administrator of the Dutch East India Company and naturalist. Between 1669 and 1676 he served as a governor of Dutch Malabar and employed twenty-five people on his book Hortus Malabaricus, describing 740 plants in the region. As Lord of Mydrecht, he also played a role in the governance of the Cape colonies. Many plants such as the vine Entada rheedii are named for him. The standard author abbreviation Rheede is used to indicate this person as the author when citing a botanical name.
Read more or edit on Wikipedia