Adrian Wooldridge (born November 11, 1959) is the Management Editor and, since 1 April 2017, the 'Bagehot' columnist for The Economist newspaper. He was formerly the 'Schumpeter' columnist. Until July 2009 he was The Economist's Washington Bureau Chief and the 'Lexington' columnist. Wooldridge was educated at Balliol College, Oxford, where he studied modern history, and was awarded a fellowship at All Souls College, also at Oxford University, where he received a doctorate in philosophy in 1985. From 1984 to 1985 he was also a Harkness Fellow at the University of California at Berkeley.
Read more or edit on Wikipedia 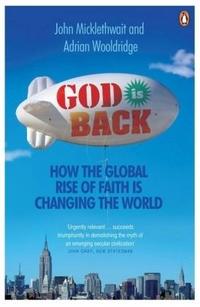