Stephen T. Asma (born 1966) is Professor of Philosophy and Distinguished Scholar at Columbia College Chicago. He is also a Senior Fellow of the Research Group in Mind, Science, and Culture at Columbia College Chicago.He works on the philosophy of the life sciences, and the theme of Religion and Science (especially Buddhism and Christianity). He is considered an authority on the history and philosophy of monsters and horror. Additionally, he works on the philosophy of improvisation and imagination. Asma was a Fulbright Scholar in Beijing China in 2014. He writes regularly for the New York Times, The Stone, and various magazines.
Read more or edit on Wikipedia 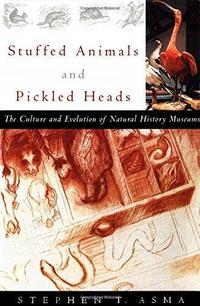 Stuffed Animals and Pickled Heads: The Culture and Evolution of Natural History Museums