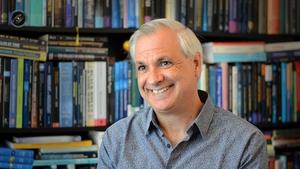 Gustavo E. Romero is a professor of Relativistic Astrophysics at the University of La Plata and Superior Researcher of the National Research Council of Argentina. Currently, he is Director of the Argentine Institute of Radio Astronomy (IAR). He is past President of the Argentine Astronomical Society and currently he is the leader of GARRA research group and a Helmholtz International Fellow. Romero has been honored with several award for his achievements in scientific research, including the award of the Argentine Academy of Sciences and the Houssay Prize
Read more or edit on Wikipedia

Sites for Gamma-ray Astronomy in Argentina ( 2008 )